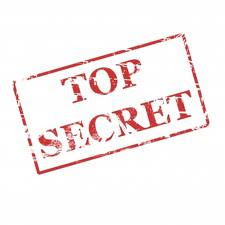 I've written a bit about identity before. It's a topic which I find endlessly fascinating. And it's something that plays a big role in my day to day discoveries of who exactly I am. I spend probably way more time than the average bear contemplating identity. I can't help it.

Some identities come to you naturally, and the ones which are natural are probably different for each person. For me, my gender identity is one which I relate strongly to, while my sexual identity is less straight forward. My race is something I don't contemplate much (being of the majority) until I think about all of the various privileges I encounter and "unpack the knapsack."

Last October, I went to a diversity training, that I mentioned back then. One thing from the training, which has stuck with me and I've been thinking of frequently, is the notion of hidden or secret identities. These are simply the things that have had an enormous impact on who you are, but you don't readily share them with others and they are not easily seen. For some people, this could be their sexuality, before coming out. Other examples can include, rape survivor, child abuse survivor, mental illness, family member of someone with mental illness, elder caregiver, etc. Being a feminist could even be a hidden identity.

At the training, we had the chance to share hidden identities with the group, by simply stating them or saying "I choose not to share." There was something incredible about firstly, recognizing my two hidden identities to myself, and secondly, stating it out loud without judgment or fear. It was as simple as that. I got a chance to speak my truth.

And the truth is that I am a survivor of verbal abuse growing up and the child of someone who is mentally ill.

As I've been in Austin for over a year now, I've developed some close friendships. It has been very interesting going from a life where all my closest friends were people who had an inherent understanding of my upbringing because they saw it first hand, to a world where I have to tell my story. In some ways, telling my story has been therapeutic. In others, it has led to some sloppy short hand versions of my own tale.

I'm not sure these short hand versions are productive, but it's hard when you want to tell a funny story about your past, but the story requires more back story than you'd actually like to share at the time.

I've also recently become able to understand how these two hidden identities of mine have come to interact in my life, and separate them from one another. I wasn't verbally abused because my dad is mentally ill, those two things just went hand in hand in my case. I've begun to understand what was and wasn't within my dad's control of his behavior.

Anyway, those are just a few realizations I've had lately. Hidden and secret identities are so fascinating to me because they can be absolutely critical in forming our individualities, and yet we rarely share them with others.